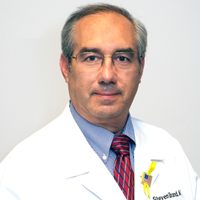 In 1984 he completed his Chief Residency in General Surgery at Emory University and joined the surgical practice of Nicholas P. Foris, M.D., F.A.C.S. in Frederick, Maryland.

Dr. Brand’s surgical interests include gallbladder (thousands of cases), hernia (thousands), and skin surgery. He was the first general surgeon to introduce laparoscopic general surgical techniques to the Frederick community in May of 1990 and he has extensive experience in laparoscopic (minimally invasive) gallbladder surgery.